Thanks to the Souls series, a new genre of games has come to recognition. Do you like hitting the stuff before you? Or love high-risk combat? Then this is the right page for you. This genre initially originated in Japan. Its theme is based on the collection of souls. You have to drop out souls from demons or any sort of other opponents. Then collect these souls without dying yourself and gain points or currency. You can employ this earned currency to upgrade your weapons.

The features of higher than average difficulty level, experience, and leveling up and up with increased difficulty are allure players. The story game line, loot, maps for guidance, and shortcuts add to its merits. The added feature of multiplayer integration would satiate your gang. It has combined elements such as RPG, advanced action, Metroidvania, hack and slash, and survival with a touch of horror. Hence a complete feast for gamers!!

Do you want to backstab or sneak attack? Want to exercise your gaming combat skills? Create your character? Or even challenge yourself? Then go on reading to discover the answer.

Top Souls Like Games for PC You Can Play Right Now 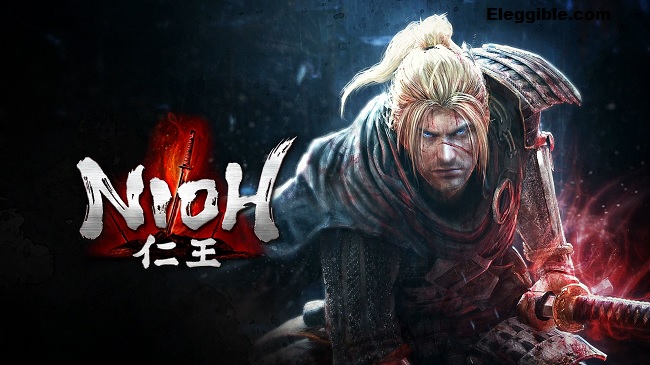 Team Ninja and Kou Shibusawa developed it. Sony Interactive Entertainment published it. It has received an impressive 8/10 rating. Hence we have included it in our list.

Essentially it is action role-playing. With a hack and slash combat background. Compatible with PlayStation 4, PlayStation 5, and Windows. It can be played in both modes- single and multiplayer. Fiction lovers alert!

The protagonist William, an Irish samurai, is guided by the player. Axes, swords, bombs are available for combat, and gold is the in-game currency beset with adventures. William has to fight with supernatural beings- yokai. Ideal for adventure lovers.

It was developed by Respawn Entertainment and published by Electronic Arts. It is essentially an action-adventure video game. The game is supported by Stadia, Xbox Series X/S, PlayStation 5, PlayStation 4, Windows. It has a satisfiable IMDb rating of 8.6/10; hence we included it too. Non-fictional lovers alert!

The plot is set in the Star Wars Universe. It is a sequel to Star War 3- Revenge of the Sith. The Jedi become prey to the Galactic Empire. His hunt is carried out in the entire galaxy by two queries.

Its style of playing is based on Metroidvania. It has combat and puzzles. Users control Jedi who have access to the Lightsaber and the Force. The player can upgrade and unlock abilities through the skill tree.

It was developed and published by Ska Studios. Has received a satisfactory IMDb rating of 7.6/10. Hence we have picked this for you. The game is supported on macOS, Xbox One, Linux, Nintendo Switch, PlayStation Vita, PlayStation 4, and Windows.

It is essentially a 2D action video game. It is equipped with the feature of role-playing. Hence you can choose your favorite avatar and go on playing. The Souls series heavily influenced it. You can choose over 600 items. Its style of playing is based on Metroidvania. Magic and ranged strikes can be employed. It can be played in single and multiplayer mode.

It was Developed by Deck13Interactive. Focus Home Interactive published it. It has received a satisfactory rating of 6.3/10. Hence displayed before you. Challenge lovers alert!

Essentially a role-playing action video. Compatible with Windows, PlayStation 4, and Xbox One. It is one of the most challenging games ever. Get your hands on your favorite character and play on.

The player is supposed to use an exoskeleton. This is employed to combat the enemies. Dismemberment is possible in bullet time style—a single-player game.

5. Remnant: From the Ashes

This is one of the best souls like games. It was developed by Gunfire Games and published by Perfect World Entertainment. It has received a good IMDb rating of 7.2/10. Hence a top pick for you.

The game is supported by Xbox One, Xbox Series X/S, PlayStation 5, PlayStation 4, and Windows. It is a role-playing action game. It also has the added feature of a third-person shooter.

Hence alongside melee weapons, you can have two guns, one main weapon, and one sidearm. Rifles, shotguns, machine guns, and many other added features like attaching mods also add to the alluring effect. You are supposed to follow the set story, along with defeating your enemies—single and multiplayer mode available. 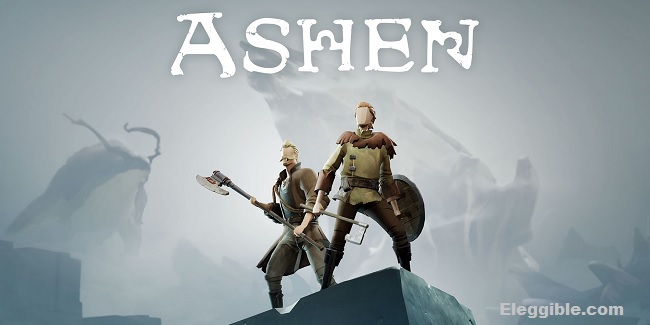 It was developed and published by A44. It has received an IMDb rating of 7.1/10. We hope it satiates your game-playing quench. It is compatible with Xbox One, Nintendo Switch, PlayStation 4, and Windows.

Essentially it is a role-playing action game. So choose your avatar and play hard. The plot is set in a sunless world. The protagonist is in search of a home.

Combat is within world monsters. It involves open-world navigation, sometimes cooperation or competition with other players. This follows Dark Souls- style for combat playing. It is highly recommended.

Cold Symmetry developed it. Playstack published it. It has received an IMBd rating of 7.1/10. Hence present on our list.

The game is supported by Xbox One, Xbox Series X/S, PlayStation 5, and Windows. Essentially an action role video playing game. It has its focus placed on tumult combat. But it is a third-person game.

Hence you can control one of the many ‘shell’ characters. All have varied playstyles. The single-player mode is the only available option. Hence, it has received a positive response and even got nominated for Best Debut Game at The Game Awards 2022, hence highly recommended.

Gunfire Games developed it. They are published by THQ Nordic. It has received a 6.7/10 IMDb rating. Hence one of the tops picks for you.

It is essentially an action role-playing video game. This is a sequel to Darksiders 2 but significantly deviates from the prior’s gameplay background. It utilizes Metroidvania games’ elements. It even has perks from the Souls series.

Fury is the female protagonist of the game. You control her to recapture Seven Deadly Sins. Hence a terrific combination of action and quest. Go on using a variety of tumult and magical arms to gain currency and upgrade Fury’s abilities.

Essentially an action-role-playing game. So choose your favorite character and play hard. compatible with Windows, PlayStation 4, and Xbox One. The game is an open-world action game.

The setting is done in an anti-utopian, post annihilation. Played from a third-person perspective. Revenants have to fight with the monsters. Has received a positive response from the audience hence highly recommended.

Deck13 Interactive and CI Games developed it. Bandai Namco Games published it. It has received a sufficient IMDB rating of 6/10. Hence you can have a look at this.

Compatible with Windows, PlayStation 4, and Xbox One. It even has an android version. You can play it on mobile phones. Then one to one swipe combats is available.

Players control Harkyn. You can travel through large environments battling the demonic forces. You have access to melee weapons. Ideal for quest and adventure lovers. 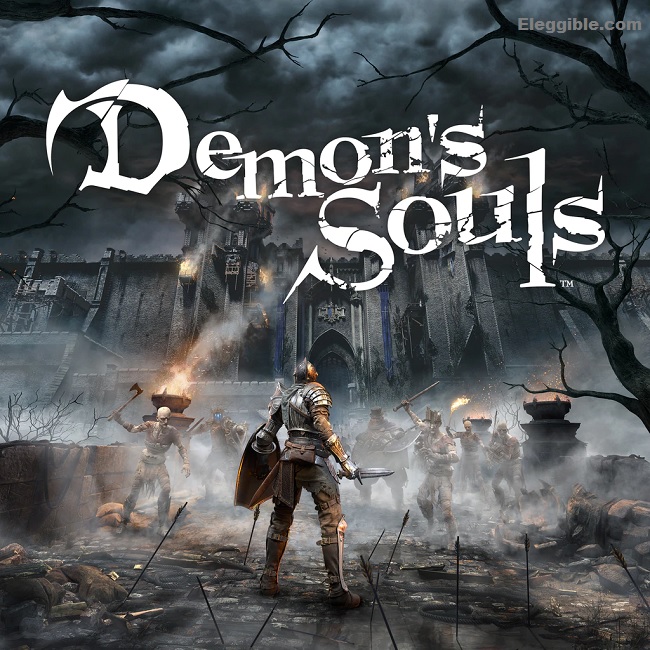 From Software developed it. Namco Bandai Games published it. It has received an impressive IMDb rating of 8.8/10. Hence it is rightly one of the best games.

They are supported by PlayStation 3. Essentially a role-playing action game. The plot revolves around the protagonist being brought to Boletaria to kill its fallen king Allant. Even to pacify the Old One.

Nexus is the hub of five worlds from where you’re favorite. It supports both single and multiplayer. The online multiplayer provides you with a player vs. a player feature. It is highly recommended!

Also Read: Best MOBA Games for PC That You Can Try

Now you must be wondering that games are laid out, and you know how and which games are there for you. But do you know which game best suits you?

Let me help you out with that. The Souls games are not that simple to comprehend and play skillfully with a few trials. They have increased their difficulty level. Hence we recommend you to level up from easy ( relatively) to hardest souls game.

You can start with Dark Souls 1 and increase your abilities to Ashen, Nioh, Salt, or Sanctuary to Dark Souls 3. If you are going after an OS-oriented approach, We have already mentioned the compatibility with different OS. For Android users out there, you can go for Lords Of The Fallen.

What Is The Easiest Souls-Like Game?

Dark Souls 1 is comparatively easiest to play. Ideal for beginners.

What To Play After Dark Souls?

After Dark Souls, you can go for Ashen, Nioh, or Salt and Sanctuary.

Which Is The Best Dark Souls Game To Start With?

Dark Souls 1 is comparatively easiest to play—ideal for beginners.

Which Is The Hardest Souls Game?

Bloodborne: The Old Hunters is considered to be the hardest souls like games. There is a spike in difficulty level.

Tell me which game appealed to you the most.

Or what is your preference list to play from above?

Or you know about some other games we haven’t mentioned here.