There have been many debates throughout the years about how video games may affect someone’s mental state. Some people consider video games too much of a distraction for young adults, and there’s been talk about games making children docile. 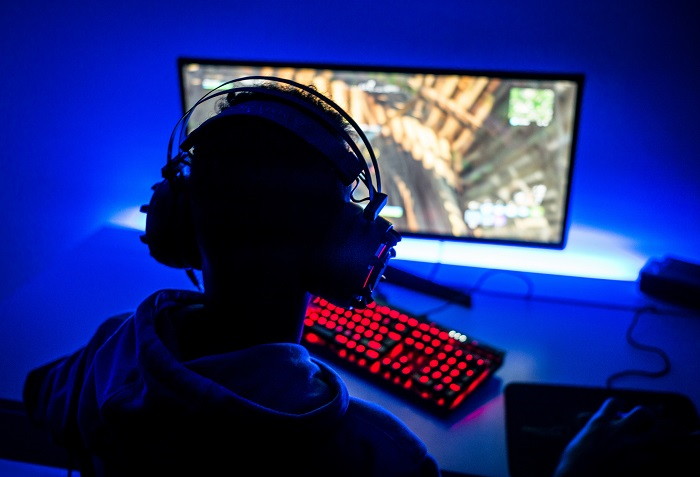 This notion can’t be further from the truth because there are many reasons why gaming can be educational. So if you want to make your own gaming website, the following article will help you with your first discussion: playing video games CAN improve your focus.

How Gaming Can Change Your Brain Activity?

Researchers have discovered that one hour of video game playing can completely positively alter your brain activity. Studies show that playing video games can enhance your mental performance.

The University of Electronic Science and Technology in China conducted a study where participants would play a few hours of a game called League of Legends. This process was to assess how the game affected the participants’ visual selective attention.

The subjects were split into two groups. The first group was the expert League of Legends players who spent most of their time ranking up in the game. The second group was non-expert players that had lower rankings in League of Legends.

Visual selective attention is the ability to focus on important visual information while focusing less on non-relevant details.

Processing a large amount of information uses a lot of mental energy. So people who excel at visual selective attention can suppress distractions and use their brains more effectively.

After playing League of Legends, the participants took part in a visual selective attention test. The researchers showed each person a square in the middle of a screen.

Another square subsequently flashed in another part of the screen, and the participants were asked to show the location of the flashing square. During this test, researchers consistently monitored the subjects’ brain activity.

What the Researchers Discovered

After the test, researchers noticed that expert players that have been playing games consistently over a few years had increased attention, and their scores were higher in other examinations.

The non-expert players had slight increases in brain activity, but their test results were lower than the subjects who played games regularly. But after playing the League of Legends test, the non-experts visual selective attention improved and was almost on par with the expert players.

Here’s another study that proves gaming can enhance your focus. Researchers at the University of Toronto discovered that playing first-person shooter games such as Call of Duty can improve sensorimotor tasks and hand-eye coordination.

Action video games that require quick movements and equally quick thinking can help someone enhance their visuomotor control (visual and movement perception). The results of the study suggest that video games could be a way to help people who have poor motor skills.

Another interesting test conducted in 2014 showed that consistent video game playing showed an increase in cortical thickness in the left prefrontal cortex and left frontal eye field. This indicated a boost in neuron connections in the brain, which improved brain function.

The left frontal eye field processes visual-motor information, which allows you to react to situations that occur in your environment. This brain function gives you the ability to figure out what reaction to using in any situation that’s presented to you.

The left dorsolateral prefrontal cortex assists you with decision making. This part of the brain helps you process complicated choices, especially if they need to be made quickly. Gaming helps you make decisions and actions without hesitating.

Role-playing games develop your decision-making skills because the premise of these games is to allow you to select the actions you’d like your character to make, which will ultimately determine their fate.

Typically role-playing games give you a series of questions whenever you interact with in-game characters. You decide how to answer these questions, which will alter the path of your character.

A perfect example is the Fable series, where a character grows up inside the game, making life choices as he or she goes along. The selection of choices throughout the game determines whether the character will be a positive figure or an evil one as an adult.

So games can have the ability to help you make better decisions and how to react to certain situations more effectively.

Check Out – Best Total War Games: From Best to Worst

Were you surprised to read about all the benefits video games can provide? The advantage is there are many educational video games on the market that are appropriate for children.

Even though outside activities provide physical exercise for children, it’s important that you allow your child mental stimulation as well.

So if you’d like healthier ways to improve your child’s focus, consider allowing them to play console or computer games. You’ll find that your child will be more focused and aware of their choices after one or two-hour video game sessions a day.