Blockchain technology is capable of disrupting and reshaping the way business is done. It is versatile and advantageous, bringing improvements like decreased costs and increased operational efficiency. Consequently, this technology’s applications are diverse, impacting many industries, from supply chain management to financial services and identity management.

The list of organizations profiting from such tremendous potential keeps growing, with some outsourcing their projects to the top blockchain development firms and others hiring blockchain developers in-house. According to PwC, which is considered one of the Big Four accounting firms along with KPMG, EY, and Deloitte, blockchain is set to enhance more than 40 million jobs worldwide by 2030.

Keep reading if you like to stay up-to-date with academic and financial trends. You’ll find out why the demand for blockchain developers is on the rise, this technology’s employment trends, and more. 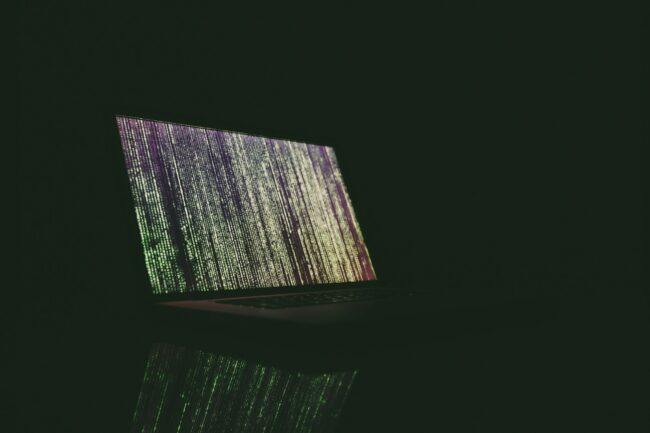 The Need for Blockchain Developers is Growing

According to KPMG experts, the main reason for the sudden increase in demand for blockchain developers is that many giant enterprise initiatives have reached maturity. They have moved from proofs of concept in 2017 to pilot projects in 2018 and, ultimately, to production systems in 2019-2020.

No one can deny how big and impressive tech and its growth potential are, but is tech relevant to your personal career development? Would you support a friend if they dreamed of becoming a blockchain developer? What would you gain from mastering this technology, and how hard would it be to achieve such knowledge?

Here are two types of people who want to master blockchain technology:

Blockchain developers are currently the most in-demand professionals in the programming industry. Thanks to this new technology’s fluidity, developers are able to transfer their experience and skills across multiple industries. On Glassdoor alone, the global yearly growth in blockchain job postings was approximately 300% in 2021. As more businesses move from proof of concept to production and adopt blockchain technology, the demand for blockchain engineers increases.

Salary growth is proportional to the competition for the best talent and the rising need for specialists. While software developer job positions are expected to grow by 20%, the scarcity of professionals in blockchain development will keep driving salaries higher compared to other tech niches. The reason behind this prediction is that blockchain technology is still in its infancy and few educational institutions offer formal degrees in this field. Therefore, many experts have graduated from top-rated universities like Stanford or are self-taught.

Blockchain technology and cryptocurrency are hot topics and global phenomena, and individuals are becoming increasingly familiar with them. If you do not own cryptocurrency, you most likely have friends who regularly check the ETH price, look up past and present performances, and analyze the top gainers and trending cryptos. Or at least, some who own an account on a popular exchange with low fees, because why not? It’s good to be familiar with crypto trading platforms, too. However, the number of blockchain and crypto users varies by state.

The United States is blockchain’s birthplace, with approximately 1,800 blockchain jobs being listed daily. In the United Kingdom, blockchain developers working in financial services are also in high demand. At the same time, companies in Germany and France seek analysts and developers with expertise in the telecom and insurance sectors. Last but not least, the Indian crypto industry is also experiencing unprecedented growth, with a rise in demand for blockchain developers.

Blockchain can be for you, too

Blockchain technology may revolutionize many industries and applications in the coming decades and generate new opportunities for individuals with a variety of skill sets, including the following:

There are hundreds of different jobs and careers to choose from in the blockchain industry, as blockchain is no longer only for programmers, developers, and builders. You may find new options to grow if you’re a seasoned designer, marketer, or salesperson.

Here are three job options that are in demand:

Blockchain engineer. These professions have been the most in-demand in recent years for a variety of reasons, including their capacity to develop new and innovative technologies that have the potential to transform organizations and industries. Financial firms are particularly interested in hiring blockchain engineers that can develop creative solutions for the banking industry.

Blockchain architect. As a blockchain architect, you are an intermediary between various departments like IT operations, UX design, and network administration. If you’re starting out as a developer, try moving up to Junior Blockchain Developer. This work entails developing APIs and UIs.

Blockchain developer. This is the most common profession in the blockchain sector and requires using blockchain technology to develop practical applications across industries. As a result, each sector considering using the blockchain protocol requires a developer to think about, build, and test the application code.

The Blockchain Industry Needs these Skills

While each job in the blockchain industry is unique, certain essential skills can help you succeed, while others can be more than enough if you want a career in the peripheral blockchain field.

Cryptography is an example of a must-have for anyone looking to work in core blockchain. Many concepts, like cryptographic hashing and public-key cryptography, are prerequisites for a job in this field. Smart contract technology is invading the world, speeding up the banking industry and lowering negotiation costs.

Regarding technical skills, to be a blockchain developer, you should know how to operate the following programs:

By contrast, as a junior blockchain developer, you should know how to work with at least one programming level, although experience with other programs is advantageous. Experience with backend and client-side technologies, as well as blockchain and cryptography protocols, is also required.

With the rise of the workforce, blockchain developers can reside and work from anywhere. As a result, workers from developing economies now have unprecedented opportunities to earn salaries higher than the average wage in their native nations. These prospects can improve many people’s lives by fuelling emerging economies.